A city of icebergs

Antarctica and its islands remain largely unexplored. This city of icebergs is the highest, driest and windiest continent on Earth. At a time when this icy region is feeling the heat of the world’s spotlight, it’s important to explore responsibly and with experts in the field.

An expedition yacht with helicopter and submersible on board offers the best vantage point to view this extraordinary environment. This cold, white desert is wonderfully unpredictable, both in terms of weather and landscapes, so when we say it will be an adventure, we mean it. Every day aboard a yacht is crafted by our polar experts based on the ever-changing elements and the concentrations of wildlife that is governed by them.

With Cookson’s history of exploring Antarctica, we can afford to make plans in the spur of a moment. If choppy sea means we can’t sail through a narrow channel, we may decide to take a helicopter to a nearby base where scientists haven’t laid eyes on another human being for several months. We’ve found them happy to spend an evening sharing their home-made vodka and telling tales of the Antarctic.

Beneath the water’s surface, this is a playground for whales. The summer months bring algae blooms, krill-rich waters and mammals that travel long distances to feed on them. Orcas arrive to patrol the coastline for unsuspecting seals and humpbacks to slam their tail flukes against the water. Voyaging south, our experts can show you to islands where penguins take reign. Here colonies of chinstraps, gentoos and Adélies number in their hundreds and thousands.

Join leading scientists in climate and wildlife research and learn more about a continent that has changed the way we view our evolving world. Gather data on orcas and other rarely seen species or visit Vernadsky Research Station where scientists study long-term climate trends.

The nutrient-rich waters are the perfect spot to find some of the ocean’s giants. Spot majestic killer, minke and humpback whales who migrate to feed in the Southern oceans during the summer, before heading to the warmer Northern waters to breed in the winter.

Plunge deep into waters once thought inhospitable to find a surprising array of wildlife surviving in the icy depths. Here sponges are the size of small cars and medusa jellyfish hypnotically float in front of you.

See penguin colonies with populations larger than some cities as they survive Antarctica’s harsh conditions.

Kayak in the same waters as colossal icebergs and native wildlife. This is a chance to paddle alongside Antarctica’s gentle giants; the various species of whale that inhabit these waters.

Explore the Antarctic Peninsula to search for pristine slopes to hike up and ski down. As most of these slopes can only be accessed by skinning, the descent is made all the more rewarding. Admire a landscape found nowhere else on Earth Equipped to explore by air and sea Orcas arrive to patrol the coastline for unsuspecting seals With a camera crew on board to capture aerial views Explore the Peninsula in its entirety with access to a helicopter Beneath the water’s surface, this is a playground for whales Add another dimension to your Antarctic expedition with a helicopter There's always marine life to spy aboard a yacht in Antarctica The intricate beauty of the Antarctic Peninsula 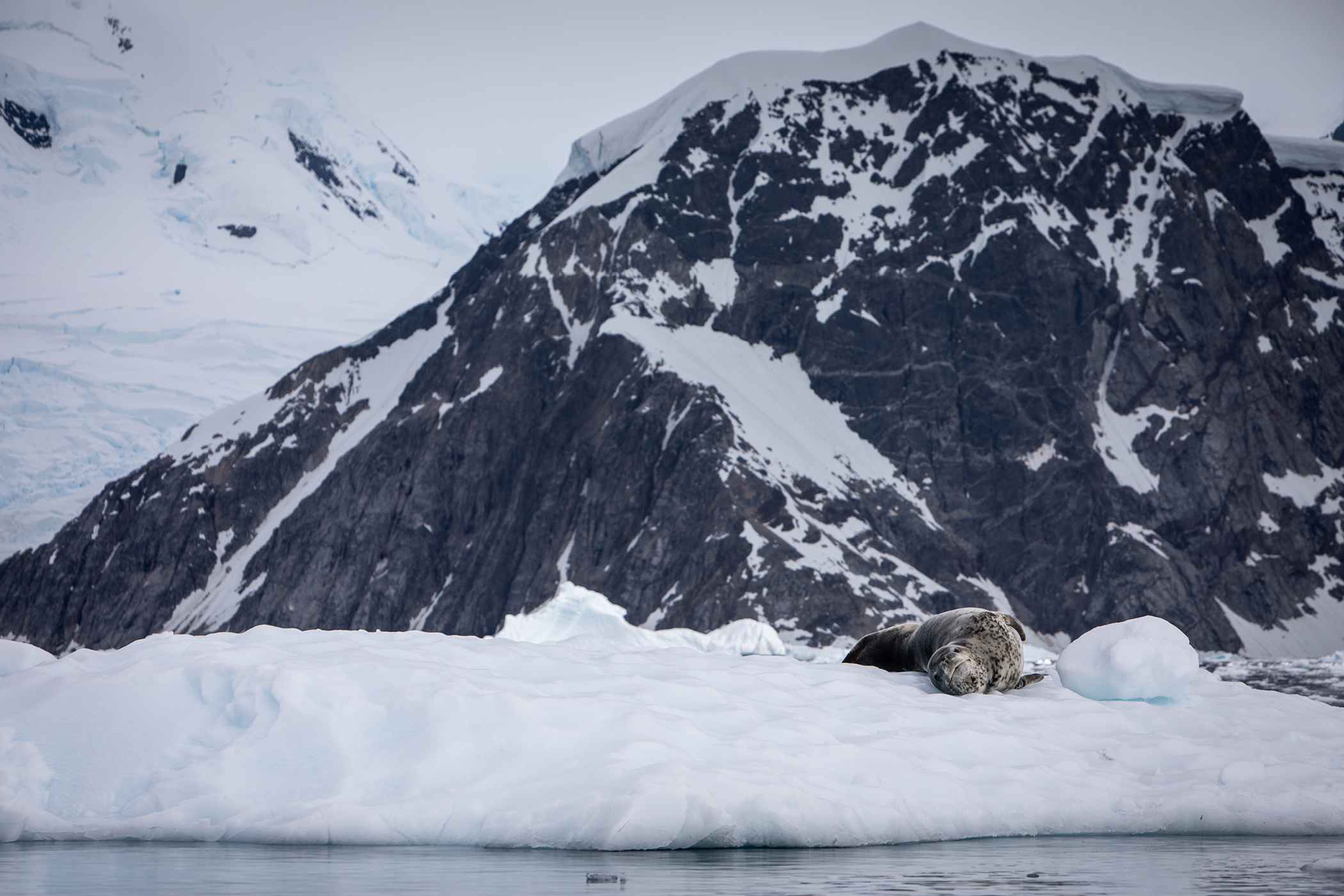 Our favourite yachts for an expedition to Antarctic Peninsula